Gordon Franz (see below) quotes the Museum Archaeological Report that this "enormous Roman anchor stock [was] found lying on the sea bed 120 feet below the surface 300 yards off Qawar Point...."  [CR=near Salina Bay].  It is dated from "the second half of the second century BC to the middle of the first century AD."  It "... most likely came from an Alexandrian grain ship" [CR: like the one Paul was being transported on? Acts 27:6, 27–29]

A careful look at the left end of the anchor shows that it was not solid metal, but had a metal shell that encased a wood "soul." 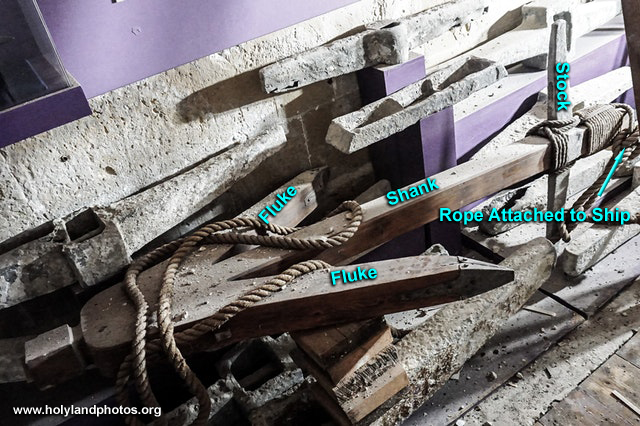 Franz, Gordon "Does the 'Lost Shipwreck of Paul' Hold Water?  Or, Have the Anchors from the Apostle Paul's Shipwreck Been discovered on Malta?"