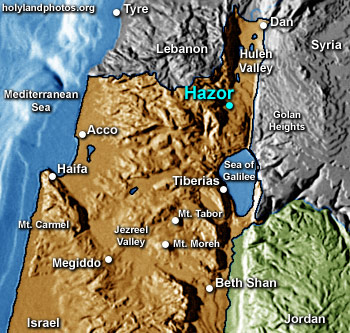 It is located on a ridge 9.5 mi. [15 km.] north of the Sea of Galilee overlooking the swampy Huleh Valley. It is one of the largest tels in Israel, covering 200 acres [81 ha.]. The larger lower portion of the tel was inhabited from the 18th century B.C. to the 12th century while the upper portion of the tel (citadel) was occupied during all of its occupational phases.