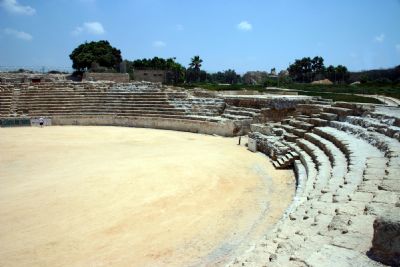 In all probability, the Caesarea games initiated by Herod (11 B.C.; Ant. 16.136-41 [5.1]) were held here, and it may have been used for chariot racing as well. In the second century A.D., a much larger (30,000-capacity) hippodrome was constructed in another section of Caesarea and the southern third of the Circus was converted to an Amphitheater that was used for gladiatorial contests.  Eventually, a real amphitheater was built and this seaside structure went out of use in the third century A.D.