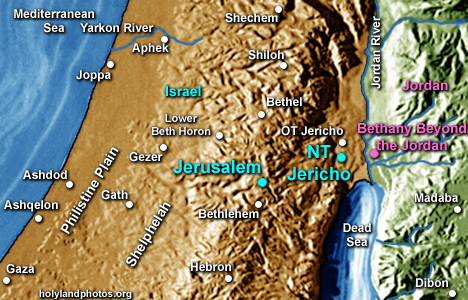 The area surrounding the modern city of Jericho contains many remains from the Second Temple (New Testament) Period—especially those from the Hasmoneans and Herod the Great.

A number of palaces, ritual baths, swiming pools, etc. have been excavated by Ehud Netzer at Tulul Abu el–Alaiq on the northern and southern banks of the Wadi Qilt.  The remains of a theater and stadium have been found at Tell es–Samarat—located to the north of the Herodian Palaces.