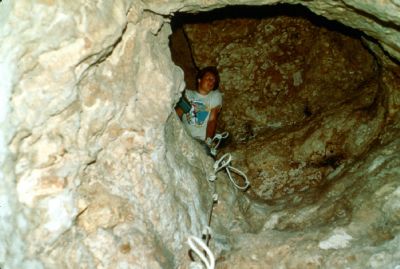 The ancient water systems of Jerusalem have a complex history. One of the outstanding features of one of the systems is a series of passageways that make up "Warren’s Shaft"(= "the Jebusite Water System"). From inside the city wall residents would walk down an "arm/elbow-shaped" diagonal sloping tunnel that was carved into the bedrock. Then they would lower their containers by rope either down "Warren’s Shaft" or down into the pool recently excavated by R. Reich. In either case the water was brought from the Gihon Spring to either of the vertical drops via horizontal tunnels.

For a more recent point of view see the following: