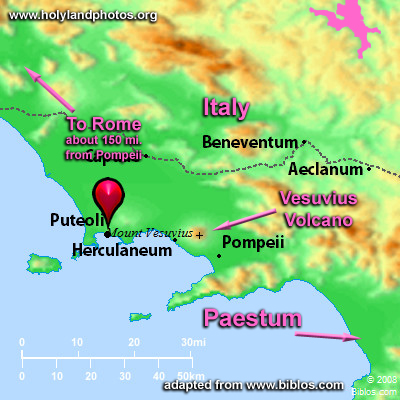 Paestum is a large Greek site in Italy.  It is located 60 miles south-southeast of Naples in what the Romans called "Magna Graecia" (= "Great Greece").  This area, along the western coast of southern Italy, was extensively settled by Greek colonists beginning in the eighth–century BC.