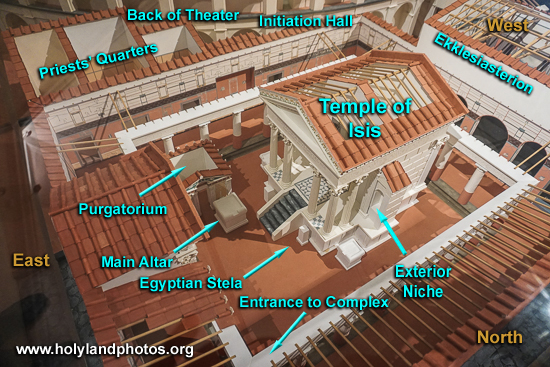 The Temple of Isis is located just to the north of the Large Theater at Pompeii.  The first temple was constructed about 100 B.C.  The current structure was built after the earthquake of A.D. 62 and thus was only 17 years old when Pompeii was buried by the eruption of Vesuvius in A.D. 79.  The temple was one of the first discoveries at Pompeii in 1764!

Isis was initially an Egyptian deity who was adopted by the Greeks and Romans—particularly after the Roman conquest of Egypt.  She was seen as a mother goddess who promoted fertility, healed the sick and offered her followers immortality.