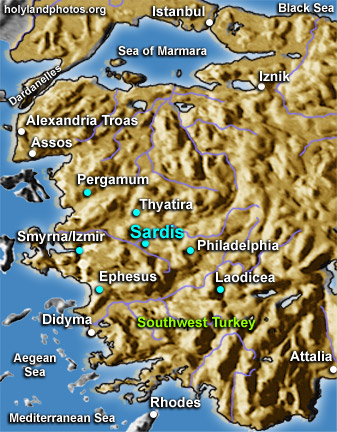 Because of the size of Sardis, I have divided the images into two sections: those north of the modern road that divides the site (this section) and those south of the road (Temple of Artemis, Pactolis River, Byzantine Church).

Sardis has been under excavation for over one hundred years. Major structural finds include a synagogue, gymnasium, and a temple of Artemis (fourth largest in the ancient world, and one of the best preserved).