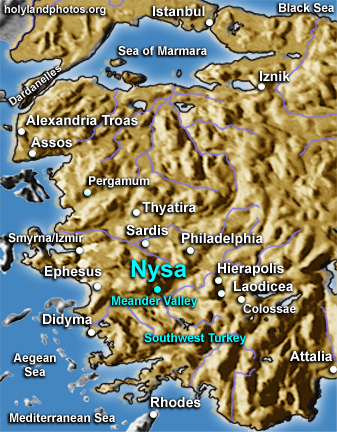 Nysa was located on the southern slopes of the Messogis Mountain overlooking the Meander Valley to the south.  It was founded during the Hellenistic Period in the early third century BC.  The geographer Strabo describes it as a 'double city' as it was situated on both sides of a tributary of the Meander River.  It thrived during the Late Roman and Byzantine Periods.  It continued its existence until the early Ottoman Period.