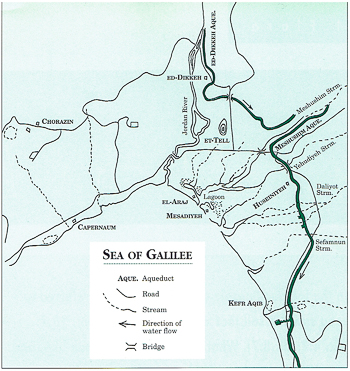 el-Araj is located on the north-eastern shore of the Sea of Galilee, about 200 yards inland.  It is located at about -212 meters below sea level, at approximately the level where other harbors from the first century A.D. have been found.  It is a leading candidate for Biblical Bethsaida.

It has been under excavation since 2016  by the Kinneret Institute of Galilean Archaeology in the Kinneret College and the Center for the Study of Ancient Judaism and Christian Origins and Nyack College.  Prof. Mordechai Aviam and Prof. R. Steven Notley lead the excavation.

The excavators have demonstrated that the ancient Jewish village, which was re-founded by the Jewish tetrarch Herod Philip as a polis and re-named Julias, had spread over a very large area.

For brief reports on each of the four seasons of excavations see the official Press Releases.