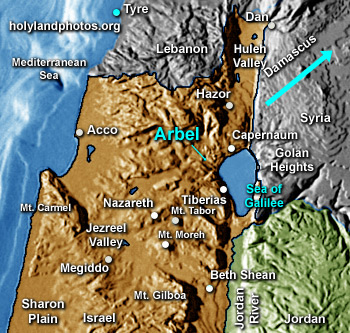 A village, including a synagogue, were located to the west southwest of the cliffs.