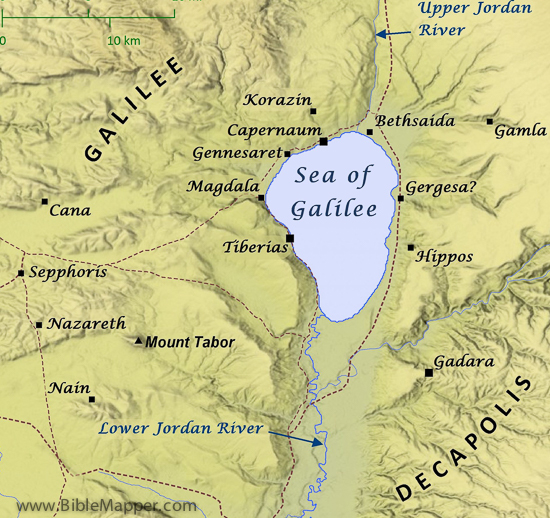 For over twenty years excavations of ancient Tiberias have been underway.  This section contains photos of some of the structures excavated.  The City Gate and Theater have a special section.

Herod Antipas was the son of Herod the Great who ruled Galilee from 4 BC to AD 39, beheaded John the Baptist, and before whom Jesus appeared in Jerusalem before his crucifixion.  He built Tiberias from AD 18 to 22 naming the city after the Roman Emperor Tiberius (r. AD 14–37).  Then he moved his capital from Sepphoris to Tiberias.

At the time of the First Revolt (AD 66-70) Tiberias surrendered to the (then) general Vespasian.  The gate to the city was too small for his troops to enter so Vespasian made a breach in the city wall for the purpose (War iii.453–461 [9.8]).  But to date (August 2012) no city wall from the first century AD has been found.