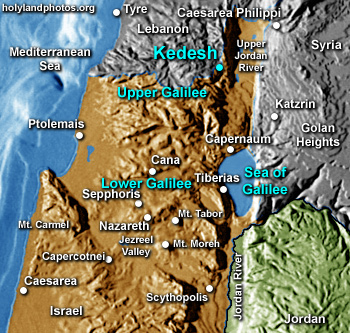 Tel Kedesh in Upper Galilee is a large site of 20 acres [8 ha.] that was inhabited for hundreds of years.  It is currently (2009) under excavation—see below for some literature.

On the lower northeastern surface of the mound a large Roman Temple is clearly visible as are a number of sarcophagi.