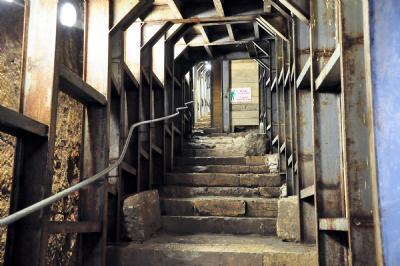 The drainage system under this street was evidently where some of the Jewish defenders of Jerusalem, in AD 70, hid from the Romans.