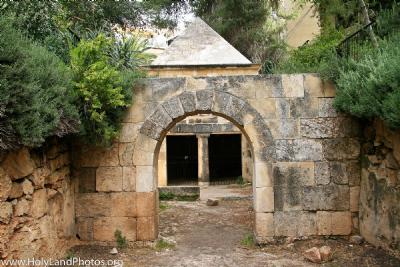 Jason's tomb is a fine (reconstructed) funeral monument from the late Hellenistic - early Roman period. It was the tomb of a high priestly family that was forced out of Jerusalem in 172 B.C. (2 Maccabees 5:5-10) by their rival, Menelaus. It was constructed in the second century B.C. and was in use until A.D. 30.

This tomb was discovered in 1956 and is located in west Jerusalem - in Rehavia. It consists of several coutryards and a "pyramid-shaped" roof.