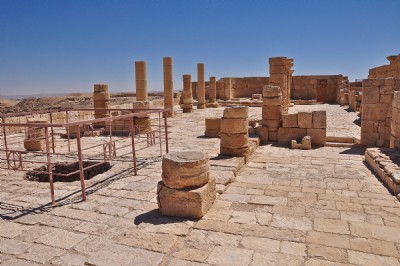 Avedat/Oboda is a well-preserved Nabatean, Early Roman, and Byzantine site located in the Negev Highlands.  It is located along the caravan route that leads from Petra to Gaza.  The first structures found at Oboda date to the late first century B.C. but most of the buildings date to the Late Roman and Byzantine Periods.

The place was named after the Nabatean king Obodas II (62–58 B.C.)  It is estimated that 3,000 people lived there in the Byzantine Period.

Two churches have been discovered there: the earlier North Church (= NC) and the South Church (=SC).