Pompeii House of the Faun 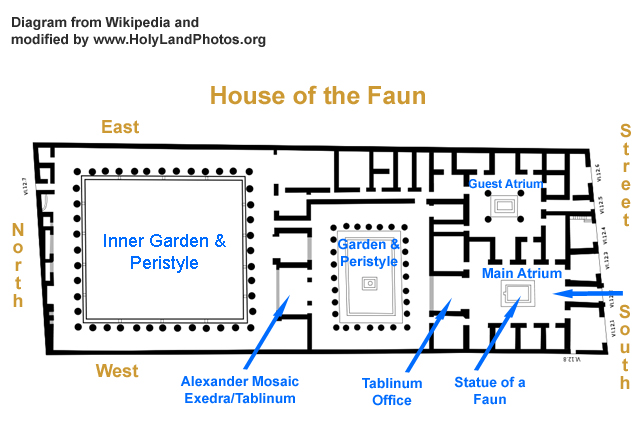 The "House of the Faun" is named after a small statue of a Faun that was found in the first atrium of the house.  The house, in its present form, was built by, or for, Publius Sulla who was the nephew of the Roman dictator Sulla who had brutally won the Social War (92–88 BCE) for the Romans.

The house is actually two second century Samnite houses combined into one and occupies a full block (insula) at Pompeii.  It was constructed in 80 BCE and portions of it were rebuilt after the great earthquake in CE 62.