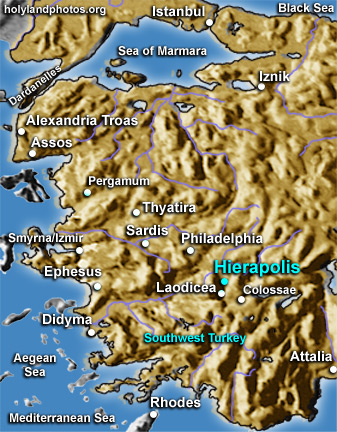 Folders are: Hierapolis the Site, Tomb/Church and Martyrium of Philip, Theater, and Necropolis.

Later tradition places Philip (the evangelist or the apostle) here — as well as other early Christian saints.