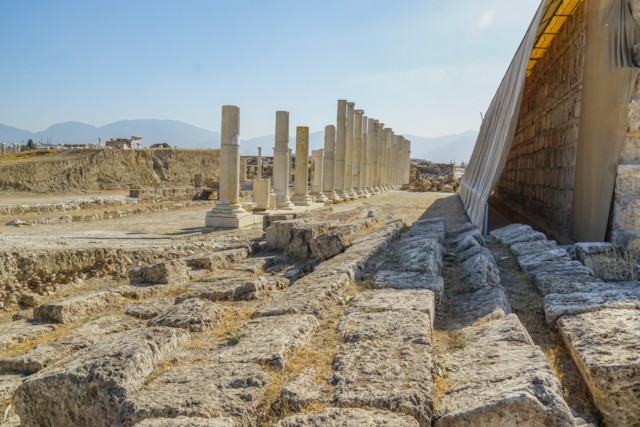 The North (Sacred) Agora is located at the west end, and north of, the Syrian Street.  It is huge, almost 9 acres (3.6 ha.) in size—about equal to 6.5 American Football Fields.  The three main entranceways are from the Syrian Street via monumental entrances.  There are two porticos running north-south—one on the east and one on the west.  Parallel to them, there were two long pools.  In the center of the Agora, there were two temples: one dedicated to Athena and the other to Zeus—along with associated altars.