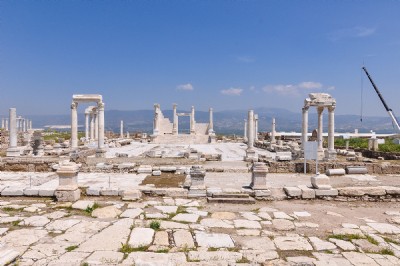 According to the excavator, Celal Şimşek (on site verbal communication), Temple A was established in the first century A.D. and was dedicated to Apollo (not to Zeus as previously speculated).  Soon the sister of Apollo, Artemis, was worshiped here and eventually Imperial Cult worship was also added (very early fourth century A.D.—during the reign of Diocletian).