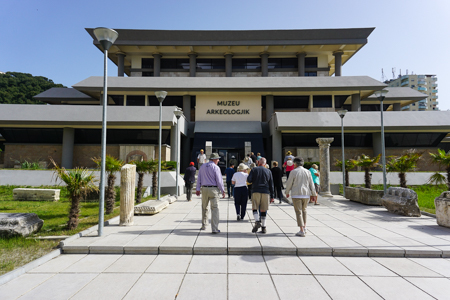 Durrës is the second largest city in Albania.  It is located on the coast of the Adriatic Sea.  In Roman times it was known as Epidamnus and Dyrrachium and it was at the beginning/end of the Egnatian Way—a Roman road that ran about 696 miles from here to Byzantium (aka, Constantinople and Istanbul).

The Archaeological Museum in Durrës was reopened in March 2015.  It is very modern and beautifully laid out.