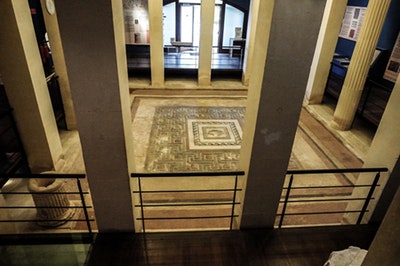 There are not too many significant archaeological remains from the Roman Period (the time of the Apostle Paul) on the island of Malta.  One of the most significant is a house of a wealthy Roman Person—the Domus Romana located in the old capital of Malta Rabat/Mdina on the west central interior of the island.

The Domus was built toward the middle of the first century B.C. and was in use through the second century A.D.  Thus, it would have been in existence when Paul spent three months on Malta—after his shipwreck and before being transferred to Rome.

A Domus is a home of an elite person and reflected his status, often exhibiting frescos, mosaic floors, statues, a peristyle garden, a reception room, a shallow pool, etc.  A Domus is an elite house within a city, while a Villa, such as San Pawl Milqi, is a country estate of a wealthy person.