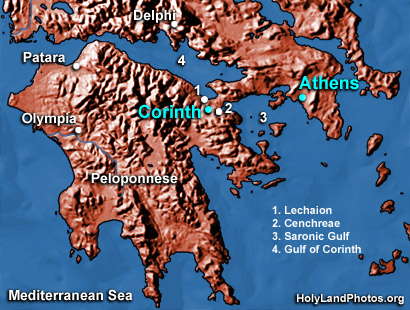 Suggestion:  You may also be interested in the images of the Corinth Canal, the diolkos, the port of Cenchreae, and the Acrocorinth.

For a very informative 14 minute video on Corinth see This.  I think that even veteran travelers to Corinth will be impressed.  Lots of New Testament connections.