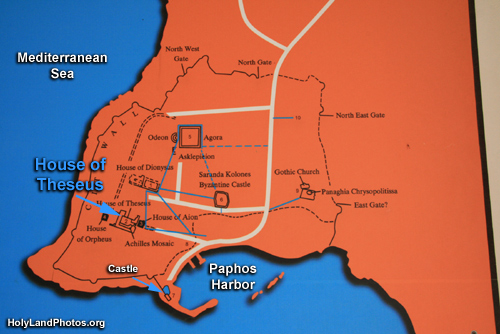 The “House of Theseus” is named after its main mosaic—that of Thesesus killing the Minotaur (at Knossos on Crete).  It is the largest Roman house discovered on Cyprus and was probably the residence of the governor.

It may very well have been the residence of Sergius Paulus, the proconsul (Roman governor of Cyprus), who is mentioned in Acts 13:4–12, and who was converted to “Christianity.”

This palace has been under excavation by a Polish team since 1966.