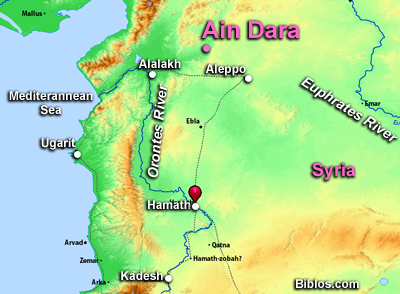 One of the most interesting group of finds are a series of temples that existed from roughly 1300 to 740 B.C.  John Monson (see below) has argued that this temple exhibits over 60 parallels to Solomon's Temple as described in the biblical text (1 Kings 6; 2 Chronicles 3).

The temple was excavated by Ali Abu Assaf in the 1980's.

Images in this section are courtesy of Mark Connally.