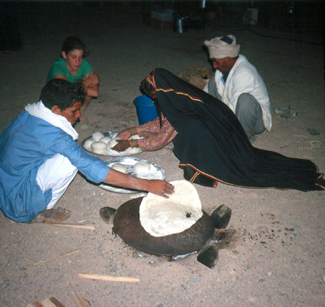 Wheat was one of the three major crops grown in ancient Israel – the other two being olives and grapes.

Wheat was grown throughout the country wherever there was typically at least 12 inches of rainfall every year.  Fields were plowed in the fall, after the early rains, and then sown immediately.  The wheat grew during the rainy winter months and then was harvested in the late spring or early summer.