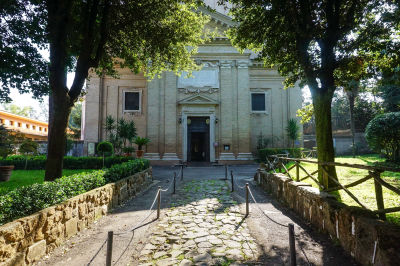 The Abby of the Three Fountains is located along the via Laurentina south of central Rome.  According to tradition, it was here that the Apostle Paul was executed June 29, 67.  The tradition indicates that he was beheaded and that his head bounced on the ground three times and three fountains sprang from the ground where the head bounced.

The current church was built in 1599.  An earlier church was built here in the 5th century A.D.  A monastic community was established here in 641.  St. Bernard stayed here during his time in Rome—1138–40.  The Abby contains three churches.