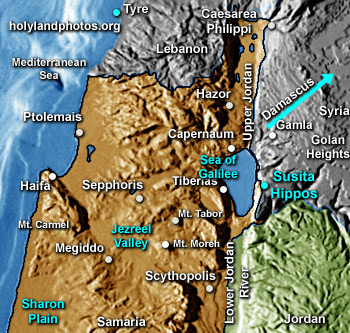 Here a Greco-Roman city was built by the Seleucids around 250 B.C.  The city was expanded and became one of the cites of the “Decapolis.”  It guarded the road that led from Scythopolis to Damascus.

It was destroyed by the earthquake of A.D. 749.  It served as an Israeli military outpost from 1948 until 1967—with Syrian troops encircling it on the high ground on all sides except the west.