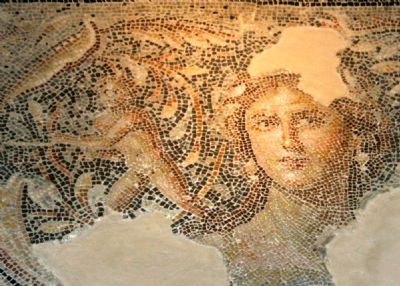 Near the summit of Sepphoris, just southeast of the Crusader Tower a large Roman Villa was discovered.  It was constructed in the third century A.D. and was evidently destroyed in the earthquake of A.D. 363.  The villa was built upon a fine building from the Second Temple period, but not much of that has been preserved.