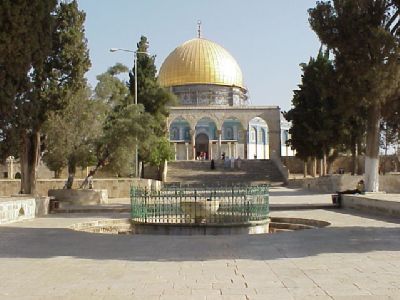 The Dome of the Rock was completed about A.D. 691 by the Moslem Umayyad Dynasty which was headquartered in Damascus.  It was intended to portray the glories of Islam and to divert pilgrim traffic to Jerusalem - from Mecca and Medina.