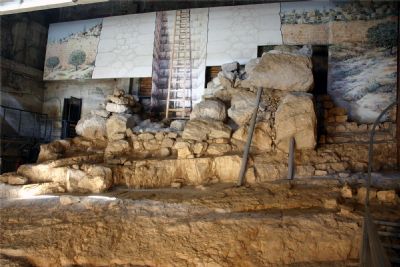 In the late 1990’s, Ronny Reich and Eli Shukron were excavating the area in Jerusalem near the Gihon Spring in preparation for the construction of a visitors’ center.  Much to their surprise, they uncovered some of the remains of two towers and a portion of a large pool that had been guarded by these towers.