Valletta the Capital of Malta 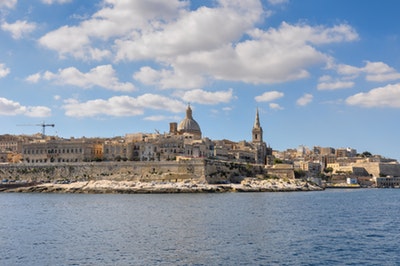 Valletta is the capital of Malta that is located on the north side of the island country.  The historic core has a population of about 7,000, while the metropolitan area around it has a population almost 400,000.

Valletta is blessed with two large natural harbors in which there are even more protective bays—the locals seem to call them "creeks."  In Roman times these were major ports where the large,  sea–going grain ships could "winter."

Valletta is of some biblical interest for after Paul's three–month stay on the island of Malta, it is probable that Paul left for Italy from one of its ports.

Acts 28:11 After three months we put out to sea in a ship that had wintered in the island. It was an Alexandrian ship with the figurehead of the twin gods Castor and Pollux.