View looking down, and east, from the Arbel Cliffs onto the area of Magdala—just as it was beginning to be developed as a "retreat" center.

On the left (north) side of the image, the blue curtain encases the rectangular area where the "first-century synagogue" was found.  In the upper right, the enclosed area is where the excavations in the 1970s took place.  In the upper portion of the image is the Sea of Galilee. 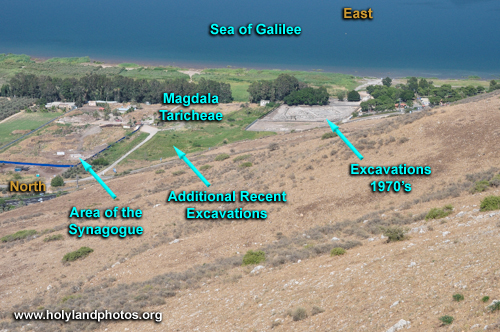